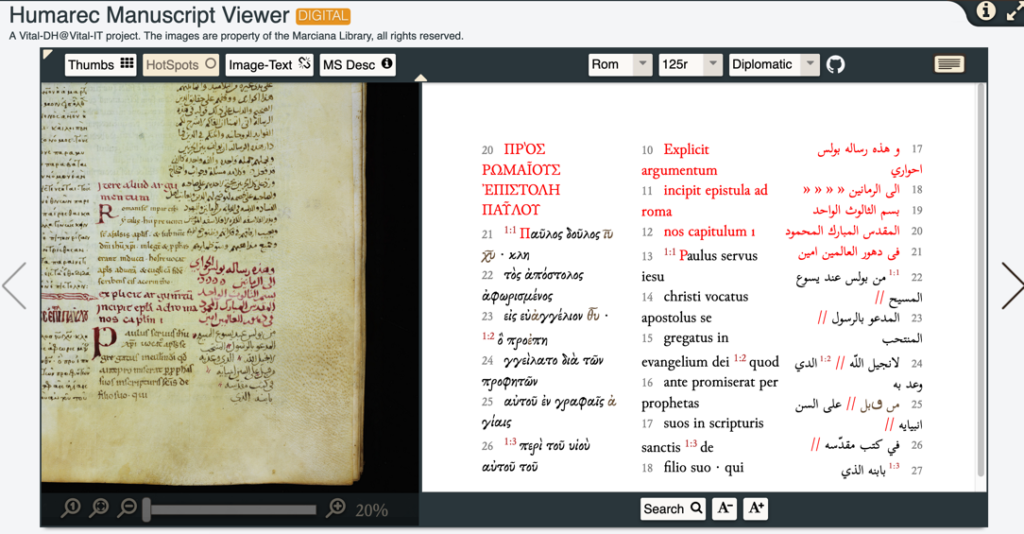 In the SNSF project HumaReC (2016-2018), Sara Schulthess has transcribed and encoded in TEI/XML 79 folios of this manuscript in Romans, 1 Corinthians, Galatians and 1 Thessalonians. They are available on the platform HumaReC : https://humarec.org. Publications and dataset are available on the open public depository Nakala : see the SNSF database http://p3.snf.ch/project-169869. HumaReC has studied the continuous publication of data in Humanities, and has tested Transkribus on some folios.

The project continues with the analysis of the content of these 79 folios of GA 460 (webbook project by Sara Schluthess, in partnership with Brill, DBS series). The webbook is a new model of digital monograph, related to the data of the VRE HumaReC. Around 220 folios of GA 460 remain to be read, transcribed and encoded.