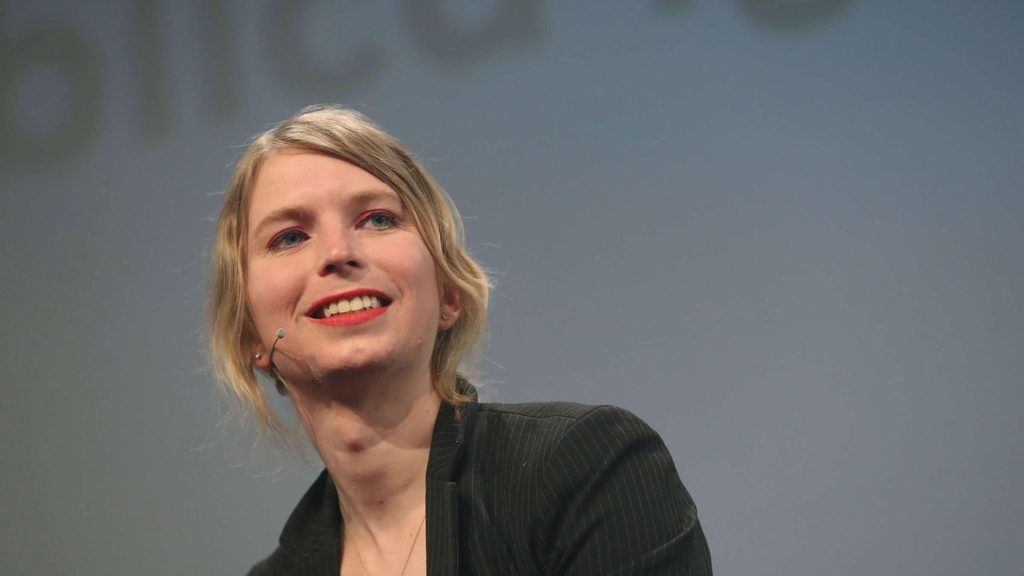 In this event organized by the EPFL Center for Digital Trust (C4DT) and Trust Valley, Chelsea E. Manning will share her insights on the paradox presented by rapid advances in technology, in conversation with EPFL School of Computer and Communication Sciences professor Carmela Troncoso.

This event will be held at EPFL’s Forum Rolex, and online. Registration is required to attend in person.

Introduction
Chelsea E. Manning is a technologist and network security expert whose actions showed the world that the conscience of individuals can make urgent change through bravery and determination. She speaks on the social, technological, and economic ramifications of Artificial Intelligence, and on the practical applications of machine learning. She is a vocal advocate for government transparency and queer and transgender rights as @xychelsea on Twitter and through her op-ed columns for The Guardian and The New York Times.

History
Chelsea E. Manning worked as an intelligence analyst for the U.S. Department of Defense where she publicly disclosed classified documents that revealed human rights abuses and corruption connected to the U.S. wars in Iraq and Afghanistan. Upon being sentenced to 35 years for unauthorized disclosure of government documents—an unprecedented amount of time for the charges alleged—she publicly identified as a trans woman and asserted her legal rights to medical therapy. After serving 7 years in military prison, President Barack Obama commuted her sentence to time served. She was released in 2017. After release in 2017, she ran in the 2018 Maryland state senatorial primary, receiving the second highest number of Democratic votes (just over 6%). In 2019, she was the subject of the documentary film XY Chelsea. In March 2019, she refused to testify before a federal grand jury on ethical grounds. She was jailed for a year and forced to pay a civil fine of $256,000. In 2021, Manning worked as a security consultant for Nymtech, a privacy-oriented technology project, before transitioning to an employee for Nym as a hardware optimization and security advisor.

Abstract
Chelsea E. Manning shares her insights on the paradox presented by rapid advances in technology: On the one hand, we have greater access to information, connection, entertainment, and innovation in the fields of communication, and healthcare than we have ever had before, and this capacity is only growing. On the other hand, technological advances can and have been used to surveil, control, anticipate, and sometimes even kill. This capacity too, is growing. The wild diversity of cultures, languages, lifestyles, and relationships that are so often cited as some of the miraculous outcomes of our connectivity is also shrinking due to these same advances. Here, we think about statistical “nudges” in big data algorithms that create gender, racial, ethnic, gender identity, sexual orientation, religious, political and other biases across large swaths of the online population, intensifying polarization. We think about the heavy focus on precision targeting swing voters in the political realm. In short, no technology is neutral, and internal biases necessarily shape the outcome of technological change. Real people in real places in real time are affected – sometimes on an immense scale. Manning discusses the importance of the human element in development of technology and the imperative to operate with responsibility, accountability, and a strong moral compass, for the sake of not only our privacy, but for the future of humanity, which may very well depend on it.

Six new CROSS projects on the theme of crisis

10-05-22
Research and education news
The UNIL-EPFL dhCenter ceased its activities on December 31, 2022. The contents of this site, with the exception of our members' pages, are no longer updated. Thanks to all of you for having kept this space alive! More information