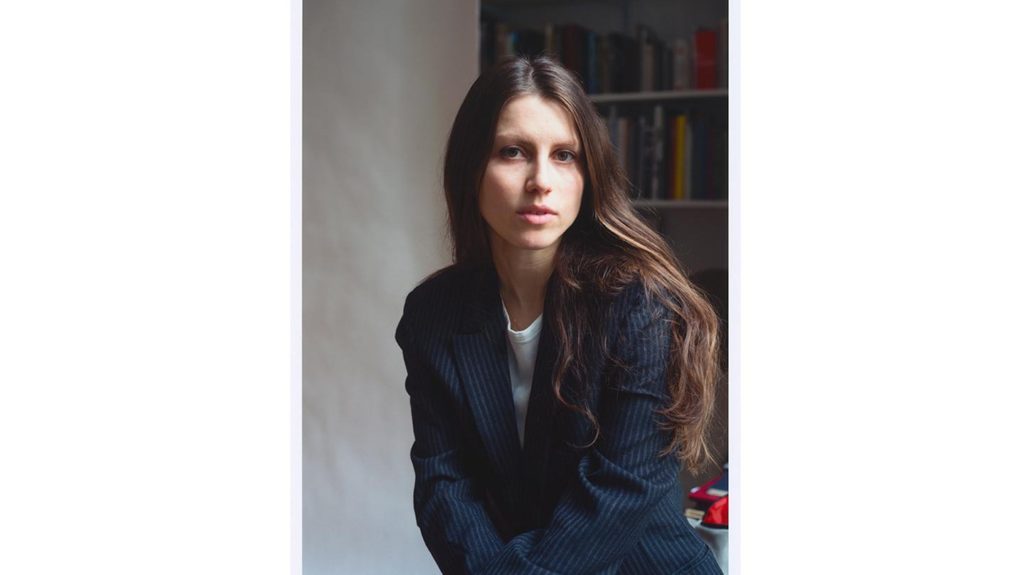 Artist-in-residence to explore scale and distance through film

French artist Caroline Corbasson has joined EPFL’s Laboratory for the History of Science and Technology (LHST), led by dhCenter member Jérôme Baudry, for a residency as part of the College of Humanities (CDH) Artist-in-Residence (AiR) program. She will study the scientific concepts of scale and distance through a short film depicting human relationships.

Originally from Saint-Etienne, France, Caroline Corbasson lives and works in Paris. Her artistic work notably explores the “rupture” between the public’s perception of the universe – and our place in it – and the perception of scientists, who have increasingly sophisticated instruments at their disposal. Through different media, including drawings, sculptures, and film, she endeavors to connect the infinitely large and the infinitely small, made visible with the tools of science.

The power of scientific instruments will play a key role in Corbasson’s work during her LHST residency: she plans to produce a short film inspired by the UNIL-EPFL Collection of Scientific Instruments, the architectural richness and diversity of settings on the EPFL campus, and the student community – all of which made deep impressions during her first visit to the school.

“I was struck not so much by the objects themselves, as by what they represent: the overpowering will of humans to observe and understand the world around them,” Corbasson says of the instrument collection.

“Starting with the word ‘physics’, I would like to focus my film on the relationship between two or more young engineers and scientists: on duality, love, tension, harmony, meeting, and separation. I would like to question the relationship of one body to another in different scenarios, such as a meeting, an argument, a fight, or a race; and to play with the notion of scale, which is specific to my research, to explore the distance with which one attends all these events.”

She plans to use different EPFL buildings as the backdrop for the film, and to include scientific instruments in the scenes to “underline the singularity of EPFL students and the link that they have with science.” The film will be presented at the EPFL Pavilions in spring, 2022.

After earning a Bachelor of Fine Arts at St Martins School, London, Caroline Corbasson graduated from the Beaux-Arts de Paris with Honors in 2013.

In 2017, she directed her first short film, set at Paranal Observatory in the Atacama desert, Chile, with the support of the CNRS and the Laboratoire d’Astrophysique de Marseille. In 2018, she was selected for an artist residency at the Laboratoire d’Astrophysique de Marseille. Her first monographic book, Sidereal, was published by Monteverita Publishing in 2017, and her second, Looking for you, by Visions Particulières Press in 2019.

As part of this project, Caroline Corbasson is looking for 10 students for her film shoot, which will take place between February and March, 2022.

For more information, and if you are interested in the project, please send a neutral portrait to the following address: casting.studiocorbasson@gmail.com.

This article was originally published on 13.12.2021 by Celia Luterbacher, EPFL CDH.