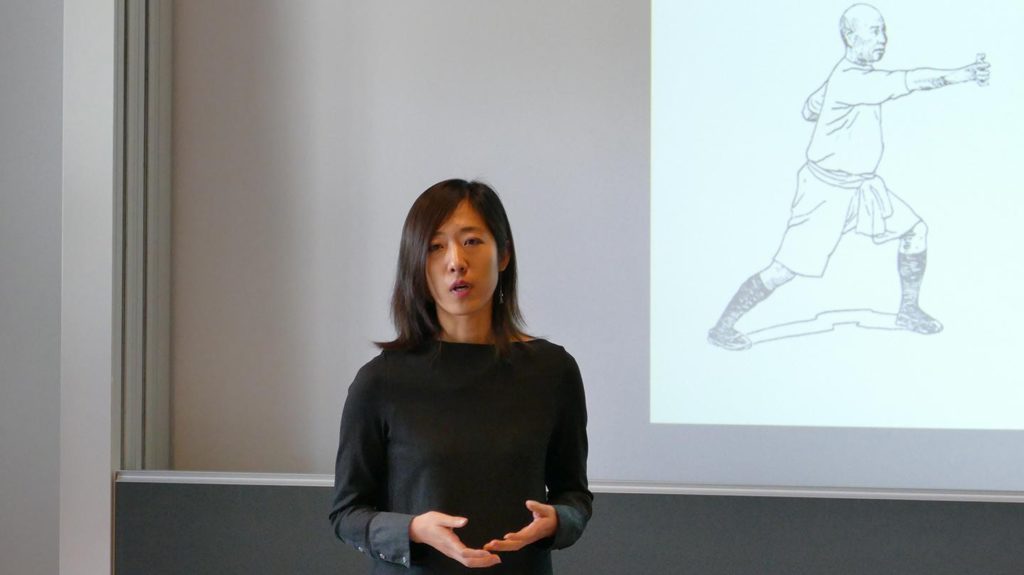 On September 16th, the EPFL-UNIL Collaborative Research on Science and Society (CROSS) program hosted demonstrations of digital tools and proofs-of-concept resulting from recent mobility and digital humanities projects, as well as roundtables on the importance – and challenges – of supporting interdisciplinary research.

Interdisciplinary research has become a buzzword in academia, and is frequently used to enhance grant proposals and highlight conference themes. But when it comes to actually supporting such research within and between institutions, what resources are most helpful for researchers? What are the pitfalls to avoid and the benchmarks for success?

These were just some of the questions addressed during a series of talks and roundtable discussions organized by the EPFL College of Humanities (CDH) in collaboration with the UNIL-EPFL dhCenter on September 16th. The fruits of research projects on the recent CROSS grant themes of Mobility (2020) and Digital Humanities (2021) were also presented.

“We support new constellations of researchers who wouldn’t normally work together; this is the intersection of disciplines where new science happens,” said CDH Dean Béla Kapossy as he opened the day’s event. He also announced the theme of the 2022 CROSS call on “Responsible Innovation”.

Challenges give rise to opportunities

A major theme was the critical assessment of challenges and opportunities encountered in the daily practice of interdisciplinary research. While many of the CROSS participants expressed similar frustrations – such as developing common vocabularies and applying methodologies across fields – it also became clear that overcoming such challenges can yield unique and valuable opportunities.

For example, Laboratory for the History of Science and Technology (LHST) head Jérôme Baudry observed that for his investigation of how users navigate online research platforms, the challenge was to avoid partitioning the project into “theoretical” and “methods” sides, which inspired new approaches to developing hypotheses. “We tried to go beyond starting with anthropological concepts, and then using digital humanities to inform or confirm a thesis defined by the humanities,” Baudry said. He added that having to communicate across domains also encourages researchers to better clarify and even question the operationalization of their own concepts.

Similarly, Marie-Hélène Côté of the project “Names of Lausanne: the evolution of family names in administration records 1803-1900” noted that as a linguistic expert, being challenged to understand issues and research questions from other domains, like computer science, created the opportunity to “diversify the nature of questions that can be asked”.

A final roundtable featured EPFL professor and Associated Vice President for Research Ambrogio Fasoli and UNIL CoLaboratoire director Alain Kaufmann, who outlined institutional and infrastructural challenges to supporting interdisciplinary research, and efforts to overcome them. Both speakers emphasized the importance of creating adequate space, both theoretical and physical, for such investigation to flourish. While Kaufmann argued for agile administrative procedures and more physical spaces for researchers to engage with citizens, Fasoli advocated larger sums and longer durations for interdisciplinary research grants.

Fasoli concluded by highlighting some problems that remain unresolved, such as identifying metrics for evaluating careers that extend across multiple fields. However, he notably cautioned against prescribing too much what interdisciplinary research should and shouldn’t do or be.

“The less we try to define what needs to be done, the better. We need to enable spaces, mechanisms, and instruments where people can come together and create excellence,” he said.

View all CROSS projects on MOBILITY (2020) as well as short video descriptions on YouTube.

View all CROSS projects on DIGITAL HUMANITIES (2021) as well as short video descriptions on YouTube.

A highlight of the CROSS event was the presentation of the following digital humanities tools and prototypes:

Yumeng Hou, Davide Picca, and Alessandro Adamou presented a first version of their martial arts ontology, developed as part of “CROSSINGS : computational interoperability for intangible cultural heritage”. The researchers aim to create an ontological model of intangible cultural heritage – in this case, the martial arts – using data from the Hong Kong Martial Arts Living Archive. They are combining information about Kung Fu with Chinese folklore to create a linked knowledge graph for Kung Fu heritage.

Robert West presented the project “ACCOMOJI. Emoji accommodation in Swiss multilingual computer-mediated conversations”, and demonstrated their online citizen science questionnaire. Participants are invited to annotate an open dataset of Swiss WhatsApp chats by indicating their understanding of the role, positivity, and intensity of the emojis used. The researchers are combining linguistics and data science to understand how emoji use converges or diverges over time.

Isabella di Lenardo and Marie-Hélène Côté presented a video demo of their searchable database, Names of Lausanne, as part of the project “Names of Lausanne: the evolution of family names in administration records 1803-1900”. The database, which contains millions of digitized cells of data from handwritten census archives, will allow researchers and citizens to explore historical family and place names from the city of Lausanne.

Fabian Moss introduced a proof-of-concept transcription pipeline for “Digitizing the dualism debate: case study in the computational analysis of historical music sources”. The goal of this project is to generate an interactive website where users can browse data on the heated “dualism debate” among 19th-century German music theorists. By transcribing the notes and texts by key figures in this debate, the researchers hope to enable computational analysis of historical music theory sources.

Maud Reveilhac, Tugrulcan Elmas and Karl Aberer presented a map of actors and interaction networks drawn from Twitter-based political conversations about freedom fighters returning to Europe from Syrian conflict, as part of “Framing analysis of online discourse of returning foreign fighters and their families”. They used natural language processing to study tweets in English and French, and to analyze how fighters were portrayed or “framed” across regions, actors and influencers of online discourse. 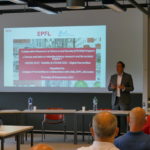 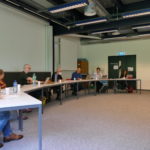 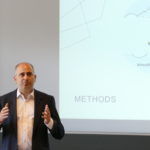 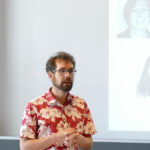 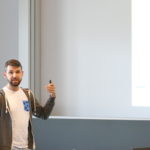